Don’t let your basement flood, get a backup sump pump

If your home has an active sump pump, be warned: your sump pump will not last forever. I promise. It probably won’t give you any warning before it fails, either. It’ll be a silent event that happens in the middle of the night during a heavy rainstorm. You’ll know it failed when you awaken to a flooded basement. I recently made an internal training video for my company, and while demonstrating my own sump pump, I discovered it had failed!

I’ve had many neighbors with sump pump problems and I’ve heard from countless home inspection customers who have had problems in the past. Having a flooded basement due to a failed sump pump almost seems like a rite of passage for homeowners, but most would prefer to remain uninitiated. If you’re in that crowd, install a backup system. This is really important stuff, and it’s one of those things that most people don’t think about until it’s too late.

There are two common backup systems: battery and water-powered. 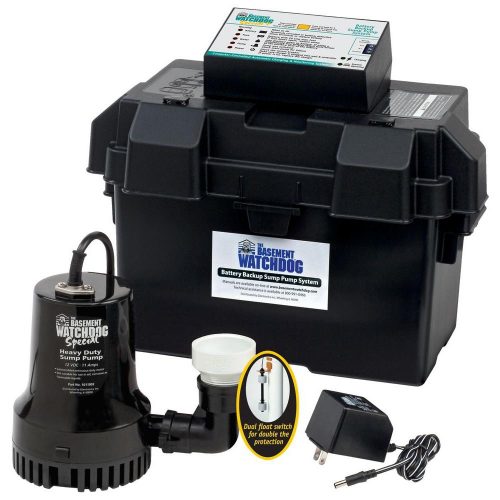 The most common type of backup sump pump system is a battery-powered system. This consists of a big heavy battery that’s about the size and shape of a car battery, as well as a backup sump pump that sits in the sump basket a little bit higher than the primary pump. This system will save your basement from flooding if your sump pump fails or your power goes out.

Lowes has a nice video showing the steps needed to install a backup sump pump, which I’ve embedded below. The process is pretty simple, but if you’re not comfortable with any of this stuff, hire a plumber.

The downside to using a hydraulic sump pump is that they use a lot of water and they’re slow. The Basepump and the SumpJet both use 1 gallon of city water to remove 2 gallons of sump basket water. The Burcam Sump Buddy, which I installed at my own house, seems to use a lot more than that. I can’t tell from their technical data exactly how much, however.

If the water at your home is supplied by a well, a hydraulic backup pump wouldn’t be a good choice. A power outage would disable your well pump, and without that these pumps are useless. 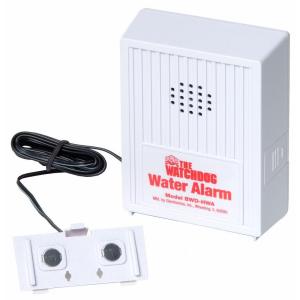 No matter what type of system you have installed, backup or not, it’s a good idea to have a high-level water alarm installed in your sump basket. These alarms will sound off if the water level in your sump basket gets too high, and they’re really loud and annoying. Home Depot sells them for twelve bucks and they take about 30 seconds to install. If you don’t have a backup system in place, these alarms will at least tell you that you have a problem and you need to jump into action.

16 responses to “Don’t let your basement flood, get a backup sump pump”